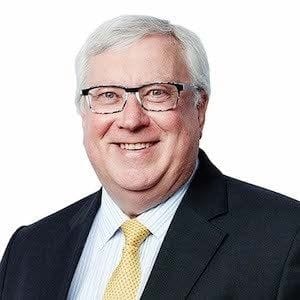 The letter was in response to an ASX enquiry as to whether an announcement about quarterly results on 16 November could have had a material effect on the share price, which Hounsell denied would be the case.

“The announcements which Myer made on 16 November 2018 were due entirely to unlawfully leaked, draft and incomplete financial information, taken from an unapproved internal document, which was printed in the Australian Financial Review (AFR) on 16 November,” Hounsell says in the letter.

“The leak of this confidential information followed an unsuccessful attempt by Premier’s lawyers to obtain the Q1 FY19 sales from Myer.” But as Hounsell claims the leaked figures were “not in fact a complete or accurate record” of total sales, the company sought to clarify the situation with its announcement close to a fortnight ago. Those results showed a 4.8 per cent year-on-year decline in sales and an improvement in profitability.

But the executive has made it clear sales are not his preferred metric to report and the announcement was about setting the record straight.”Myer is of the view and has a policy that NPAT (pre-individually significant items and implementation costs), is the most appropriate measure of its financial performance,” Hounsell says.

“If ASX disagrees with this view and considers that sales and not NPAT is the most appropriate measure of a listed company’s financial performance then we would request ASX issue a guidance note to all ASX listed companies stating the same.”The analysis which we have undertaken shows that approximately 70% of ASX 300 companies with the primary industry classification “Retailing” do not provide quarterly sales reporting. This includes Premier and the major retailers owned by Wesfarmers and Woolworths (Australia).”

Hounsell goes on to discuss disruptions to share trading over the past 10 weeks. “Premier has issued two letters to Myer shareholders signed by Mr Solomon Lew which have contained statements which are erroneous, misleading or deceptive and intended to disrupt the trading in Myer shares,” he says.

“These letters were specifically designed to put pressure on Myer to release quarterly sales figures when Myer has made it perfectly clear to the market that it has no intention of doing so. We have sent a letter to the Australian Securities and Investments Commission (ASIC) drawing ASIC’s attention to the substantial deficiencies in Premier’s correspondence. ASIC has advised us that it is considering these matters.

“There has been considerable media speculation about Myer consistently during this period. It is clear that each of these articles were largely influenced by material published by Premier and/or Mr Solomon Lew.” It is worth noting that just over 10 weeks ago Myer shares surged by almost 50 per cent to $0.60 per share after the company reported its annual results. The figures were not positive, but investors appeared encouraged by new CEO John King’s determination to turn the retailer’s fortunes around. Shares have been in freefall ever since but are still around 18 per cent higher than the annual low of $0.34 seen in April.

America and China and their Trade Tarrifs

The information provided in this website is factual Information only, for educational purposes and is not intended to imply any recommendation or opinion about an investment. It also does NOT take into account your objectives, financial situation and needs. Before acting on any information contained in this website you should consider the appropriateness of the advice having regard to your objectives, financial situation and needs or seek professional advice.